Share a memory
Obituary & Services
Tribute Wall
Read more about the life story of Dr. Charles and share your memory.

A man of unwavering faith, deep intellect, and genuine compassion, Dr. Charles James Tripoli, MD, of Washington passed away in his home on Saturday, November 5, 2022, after a prolonged illness. He was 92.

Charles was born on April 17, 1930, in Derry, Pennsylvania, a son of the late James and Mary Gelfo Tripoli, both of Sicily, Italy.

After graduating as valedictorian from Derry High School, Charles attended St. Vincent College in Latrobe from 1948 through 1951. He graduated from the University of Pittsburgh Medical School in 1955 and completed his residency at St. Francis Hospital in Pittsburgh in 1957.  At St. Francis, he met nurse Rita Rose Gabriel of Slickville, Pennsylvania. They were married on September 1, 1956, at St. Sylvester Roman Catholic Church in Slickville.

Dr. Tripoli served in the US Navy as a Medical Officer on active duty and in the US Navy Reserve from 1957 to 1968, achieving the rank of Lieutenant Commander before being honorably discharged.

Dr. Tripoli opened a private medical practice in Washington in 1959 and lovingly served the community as a physician for 43 years. He was a compassionate, humble, generous man whose deep spiritual and religious faith and love for his fellow man guided his caring hands. He was well respected in the medical community and earned multiple awards including the Washington County Italian American Society’s “Man of the Year” designation in 1994 and 2001 and Catholic Charities’ “Heroes of Healing” award in 2002. In 2011, he and his wife Rita were named Philanthropists of the Year by the Washington County Community Foundation.

A lifelong, faithful Roman Catholic, he was a member of Immaculate Conception (now St. James) Parish and served as a Eucharistic Minister, on the Parish Council, and on the School Board of John F. Kennedy Catholic School. He was a member of the Knights of Columbus.

A dedicated humanitarian, Dr. Tripoli continued to serve in retirement by volunteering at a free clinic in Pittsburgh for patients without health insurance and by making multiple mission trips through the Catholic Physicians Guild to South and Central America and Haiti to provide free medical care. Dr. Tripoli was tri-lingual in English, Italian, and Spanish, which he learned as an adult to communicate with the people he served in Honduras and Guatemala.

Dr. Tripoli’s love of travel extended to his personal life.  He made multiple trips to Italy with friends and family.  He also enjoyed the performing arts, particularly opera, and was an accomplished pianist, banjo, and mandolin player. He had a keen sense of humor and secretly loved the family’s dogs, referring to each by the same Italian nickname with a grin on his face.

Funeral arrangements were entrusted to the Dale D. DeAngelo Funeral Home in Washington. Private services were held on Monday, November 14, 2022.  Dr. Tripoli is interred at the National Cemetery of the Alleghenies. In lieu of flowers, please consider a donation to St. James Parish in Washington County or to the Parkinson’s Foundation (www.parkinson.org). Or, in Dr. Tripoli’s own words, “We were created by God and put on earth to help one another. It’s all about your philosophy of life, setting priorities.  There’s so much out there; just look.  Find someone to help.”

To send flowers to the family or plant a tree in memory of Dr. Charles James Tripoli, MD, please visit our floral store. 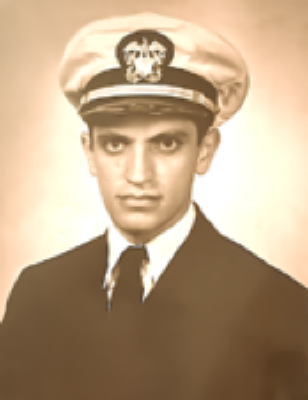 Family and friends are coming together online to create a special keepsake. Every memory left on the online obituary will be automatically included in the book.

You can still show your support by sending flowers directly to the family, or by planting a memorial tree in the memory of Dr. Charles James Tripoli, MD
SHARE OBITUARY
© 2023 DE Angelo Funeral Homes. All Rights Reserved. Funeral Home website by CFS & TA | Terms of Use | Privacy Policy | Accessibility